By continuing to use the site you agree to our privacy and cookie policy. Accept
Close to the Soil > News Centre > Vitacress go wild for the Watercress Festival

Vitacress, spent the day at the annual Watercress Festival in Alresford, Hampshire, on Sunday 21st May, celebrating all things watercress.

The event, which gives festival-goers the opportunity to taste some of the first watercress of the season, is the ultimate celebration of watercress with celebrity chefs demonstrating their latest recipes, to the world watercress eating championship. 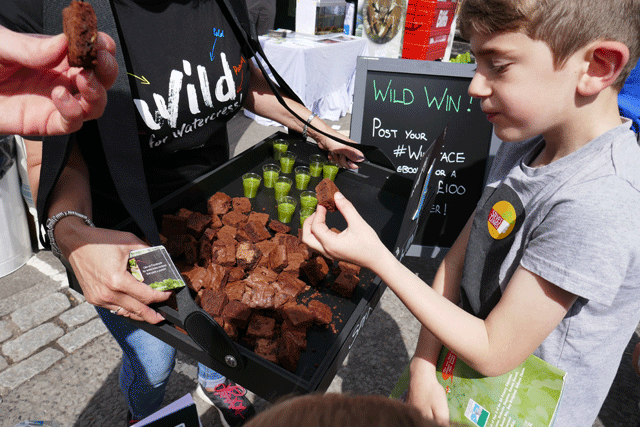 Over at the Steve’s Leaves stand, there were activity sheets for children to complete and share for the opportunity to win a tour of Vitacress’ Watercress Farm in Hampshire, along with new recipe cards for people to take away and try at home. The event was also attended by Steve’s Leaves founder and watercress expert Dr. Steve Rothwell.

The Vitacress Conservation Trust also had a stand at the festival, showcasing to attendees the work the charity organisation does, which focuses on environmental initiatives associated with salad and watercress crop production. The Trust works in close partnerships with like-minded organisations such as Wildlife Trusts and The University of Southampton, who were on the stand discussing their scientific research on watercress.