By continuing to use the site you agree to our privacy and cookie policy. Accept
Close to the Soil > News Centre > Silver and Green for Vitacress at RHS Chelsea

Silver and Green for Vitacress at RHS Chelsea

Vitacress recently strengthened relationships with Hampshire-based Sparsholt College by sponsoring their Silver Medal winning garden ‘Mighty Greens’ at the RHS Chelsea Flower Show. Together with the University of Southampton, Vitacress supported the garden design through their brand Steve's Leaves.

The ‘Mighty Greens’ garden showcased a range of edible plants used in green salad mixtures together with the development of watercress. The garden was divided into three sections: growing; preparation in the kitchen and dining. Visitors were also treated to an exclusive Watercress Soup created by Luke Matthews, Executive Head Chef at Chewton Glen Hotel & Spa.

As well as salad leaves including baby watercress, Vitacress’ herbs also featured on the stand, which was visited at the show by a number of celebrities including comedian Bill Bailey, boxer David Haye, and Countryfile presenter Ellie Harrison. 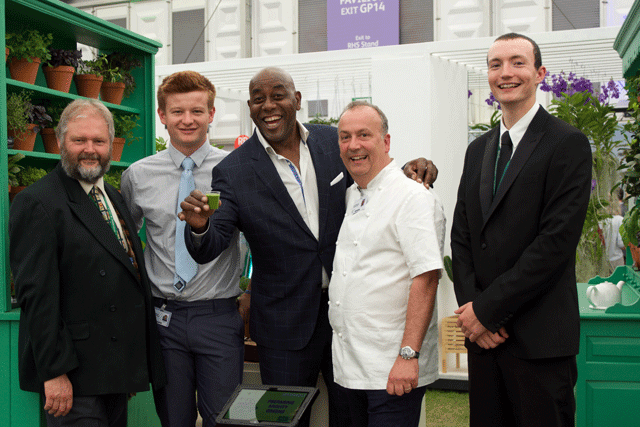 Tony Reid said: “RHS Chelsea is one of the horticulture highlights of this year and watercress is a subject close to our hearts. Steve’s Leaves is all about tasty, healthy delicious leaves and this initiative is tremendous because it brings new and exciting leaves to the public while supporting the future of growing. We have a long term relationship with both Sparsholt College and the University of Southampton, who have carried out research on watercress for over a decade, so we were pleased to be able to support with this project. The students at Sparsholt have really done a fantastic job with the stand and brought ‘Mighty Greens’ to life. I’m sure everyone who visited the stand was impressed.”

For more information on the ‘Mighty Greens’ garden visit: https://www.sparsholt.ac.uk/rhs-chelsea-flower-show/mighty-greens-garden/ 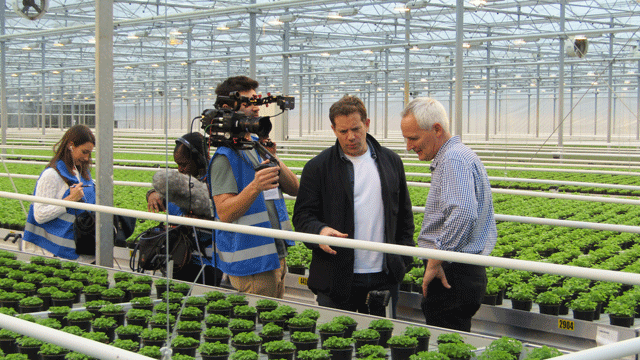